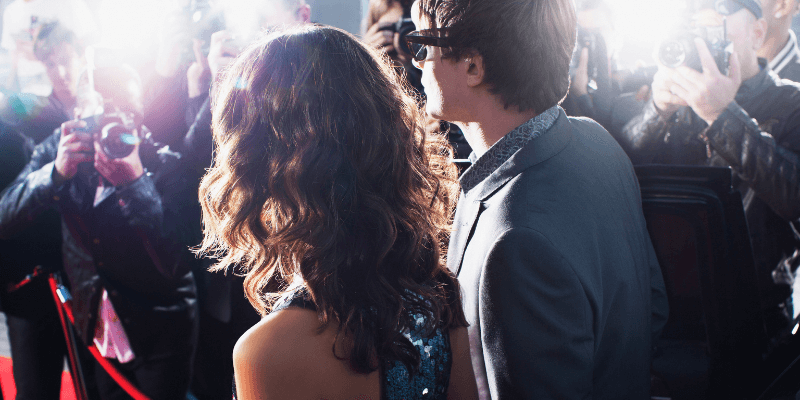 Wearing wigs can give you an entirely new look and add more personality. That is why many celebrities wear wigs to enhance their outfits and appearance.

Wigs are a convenient and amazing way to bring confidence, beauty, and overall elegance to your life. The best part about wearing a wig is that it does not affect your original hair. And it provides more flexibility, style, and everything else that your natural hair cannot.

Wearing a natural-looking wig will also increase your confidence as you can style it in any way you like without manipulating your natural hair.

Below, you will find some popular celebrities who wear wigs all the time.

It has been nine years since Keira Knightley began wearing wigs due to hair fall issues.

She said in an interview that dyeing the hair for different movies resulted in hair loss. Nevertheless, wearing a wig was an amazing experience for her.

It is difficult to imagine a beautiful woman like Keira Knightley relied on wigs to get a perfect look.

However, she thinks that wigs help her protect her natural hair. Moreover, wigs provide a more refined and glamorous look, which is essential for celebrities.

The best thing that the fans like most about Lady Gaga are that she knows how to connect with her audience.

Gaga wears wigs as an accessory and shifts from silver to platinum or yellow within an hour. Furthermore, she opened up with her fans in 2014 about how stressful and painful her life was.

She mentioned that she started using wigs to boost her self-confidence. She chooses her wigs depending on the mood.

She is popular for her Avant-Garde sense of style and finds unconventional ways to channel her creativity (source). So if you need the motivation to start using a wig, Lady gaga can be your role model.

Charlie Sheen, a highly-paid TV actor who performed the lead role in the show Two and a Half Men, also wears wigs to cover his bald spots. Fans have spotted him with and without hair numerous times.

While he has never accepted it in public, many people know that he wears wigs. His fans have no problems with it because wigs enhance his appearance, allowing him to perform better.

Kim Kardashian is a celebrity and proudly expresses in public that she uses wigs according to her mood.

You can see her luxurious wigs in many of her photos on the internet. She is a huge fan of expressing herself with different colors and styles of wigs.

Robert Pattison played Edward in the Twilight films. Edward, a vampire, was the most loved character in the film series.

Despite his natural appearance, Robert admitted in an interview that he wore a toupee while playing the dashing vampire.

Furthermore, he said that he lost an excessive amount of hair due to bleaching his hair for the film. To protect his hair from any further damage, he had to wear a wig during the movie.

Even after the movie, he wore wigs for different events.

Everyone is familiar with the pop sensation Katy Perry and her amazing voice.

She openly shows off her collection of wigs in a season of American Idol. Furthermore, she proudly shared how much she changed her look.

Katy Perry enjoys how wigs allow her to change her appearance in just a minute. Fans can observe this by looking at her pictures with short hair versus the ones with longer hairstyles.

She knows what wig to wear and how it will represent her personality. That is why she looks amazing during live performances and events (Source).

It is a rumor that famed actress and philanthropist Angelina Jolie also wears a wig.

However, in her movie Salt, she relied on different wigs to represent the characters. Even in real life, she often changes her look to suit the event and outfit.

No matter what style she chooses, she always manages to grasp the audience’s attention by flaunting a showstopping appearance.

She changes her hairstyle at every event, which would be impossible to achieve with her natural hair (Source).

Nevertheless, her ability to look elegant is what makes her style so refreshing.

Daniel Craig, who plays the famed character James Bond, needs no introductions. Among 007 fans, he is the most popular, but it’s not that easy to gain the audience’s approval.

To play so many characters, he has to wear different wigs that align with a unique persona. At the temples, we can see signs of baldness in the hairline.

However, other appearances showed a head full of hair, proving that Daniel also uses wigs to achieve a charming and youthful look (Source).

It is no secret that the young, award-winning actress, Zendaya, loves wigs so much.

After all, she is a style icon among the youth for how often she changes her look. She loves to wear wigs as accessories that accentuate her look.

Regardless of who she takes inspiration from, she always looks stunning. Zendaya proudly wears her wigs that she even responded to her fans when they disliked her look in Kids Choice Award, 2015 (Source).

It is not possible to skip Rihanna while talking about celebrities who wear fabulous wigs.

A common rumor is that she wears wigs to make up for hair loss. Regardless, she needs to look amazing as a pop artist (Source).

She changes her hairstyle often, which makes it obvious that she prefers wearing wigs. She is most fond of red wigs as she wears them with many looks.

However, according to Nicolas himself, he only wears wigs in the movie but not in real life.

If you go through all the benefits of wearing wigs and hair systems, you will realize why these celebrities cover their original hair.

Wigs give you a perfect look and restore your confidence, but you are protecting your hair from further damage.

Furthermore, you can save a huge amount of your hairstylist and sport a celebrity look for your events and other occasions.

Wigs are so much better than traditional methods to change the hairstyle, such as coloring, bleaching, and shading your hair.

My name is Michelle and I've been using hair wigs for about five years. I use them when I am heading out on a hot date or looking fierce for a special event. I created this site to help those new to the lace wig world.

My name is Michelle, and I’d be lying if I said I didn’t have an addiction to lace wigs. Read more about me and why I created this website here.

What is a Glueless Lace Front Wig

Does Michelle Obama Wear A Wig?

What Is Wig Density

What is a Lace Front Wig

As an Amazon Associate, I earn from qualifying purchases.